Even though the switch to renewable energy is financially appealing in the long run, some actors will lose money; therefore, they have a strong interest in trying to stop the Energiewende. The main problems in Germany are the car industry and the coal workers’ unions.

Angela Merkel was right when she called the auto industry a ‘problem child’ – despite ambitious targets, its emissions have risen yearly since the Energiewende began. 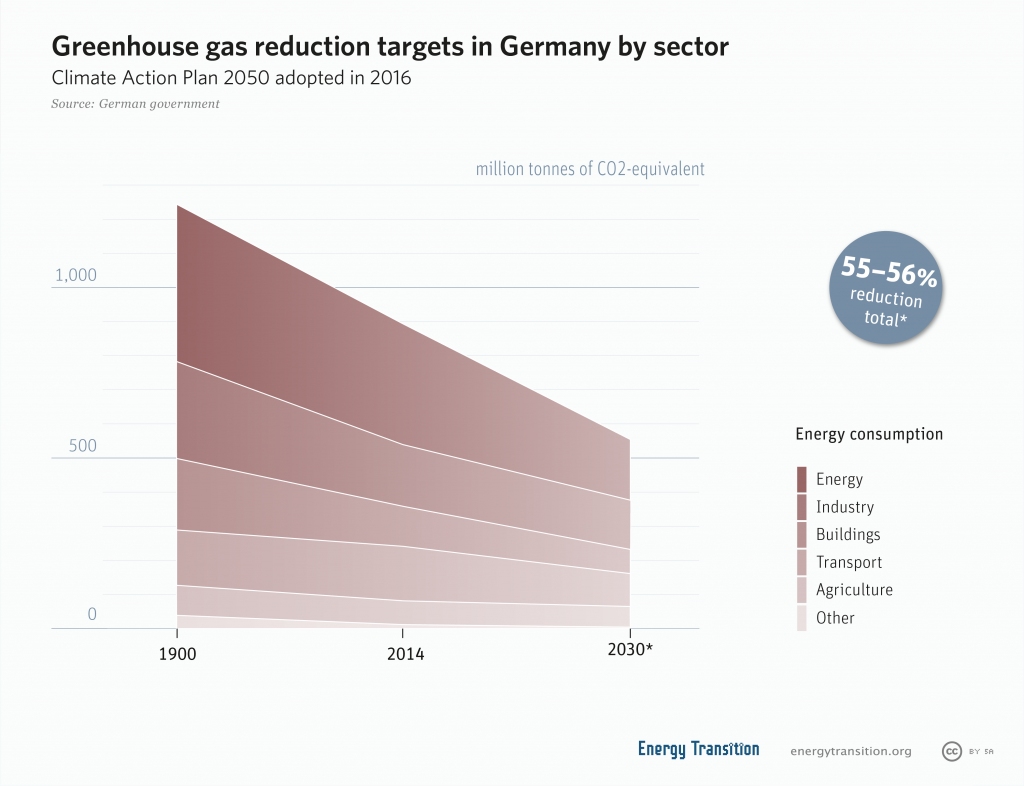 This is in part due to the reluctance of the German automobile industry to change. It is the largest manufacturing sector in the country, and employed 800,000 people with a turnover of 425 billion euro in 2017. It was able to resist legislation such as quotas of electric vehicles so far, due to a very strong lobby.

What could not be solved by lobbying was solved by cheating – what is known as “Dieselgate,” or the Volkswagen emissions scandal, where carmakers programmed emissions controls to malfunction during emissions testing, and emit 40 times more nitrogen oxides while driving.

So far there have been no binding policies in Germany to support the advancement of electric vehicles, only an unrealistic goal of having 1 million electric cars on the road by 2020 without a coordinated investment in wide-spread charging infrastructure.

Still, there have been movements in the car industry – early in 2018, news came out that Volkswagen, Daimler and BMW had invested 4.7 billion euros in electric cars. Whether or not this can make up for their very late start, and what effect this will have on German transportation, remains unclear.

But a worrying statistic from a study that trade unions and the industry commissioned showed that the switch to electric vehicles could put 75,000 jobs at risk. For reference, the coal phaseout in Germany affects about 30,000 workers. These figures should serve as a wakeup call for German car-makers: it’s time to get serious about electro-mobility!

While the number of people working in coal mining has decreased significantly in Germany, there are still around 31,000 highly organized coal workers. This is far lower than the number of people who work in renewable energy, but fossil fuel workers have a history of regional concentration and union representation. 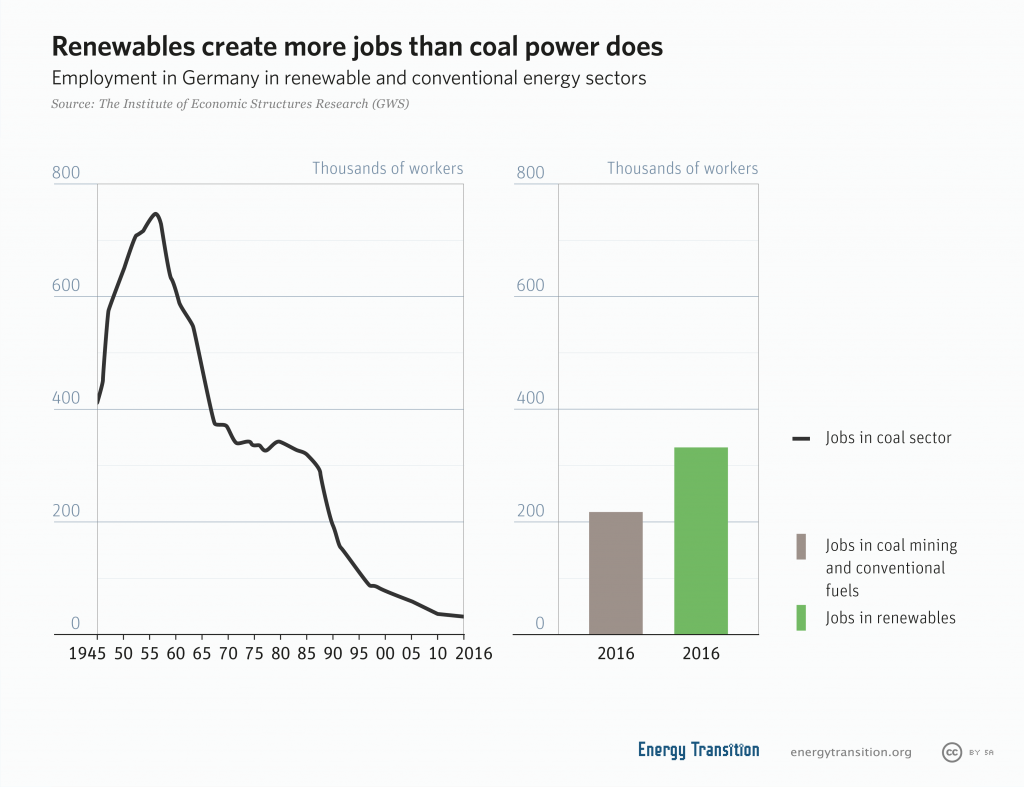 Coal jobs in Germany are clustered in regions with relatively low salaries (such as Lusatia), and are highly paid in comparison. Coal workers are a part of the powerful “IG BCE” union, which also represents the workers of the natural gas, plastics, chemical and other industries.

Coal workers have shown that they have the power to make or break the energy transition. For example, in 2015 when the German government was considering putting a levy coal plants, BGE was able to successfully block this policy and propose their own solution. Rather than shutting down its most polluting coal plants (in a move that would have been both cheaper and better for emissions), the government established a “strategic reserve” or capacity reserve. This meant that rather than being forced to close their worst polluting coal plants because they would have had to pay for their emissions, the coal industry was paid about 2 billion euros to stop running their plants.

IG BGE’s interests are also represented in the German Coal Commission, which is supposed to determine a plan to phase out coal. Union representative Michael Vassiliadis has pushed for a 2040 coal phaseout, calling suggestions for an earlier coal exit “maximal provocation” and “unrealistic.”