The energy transition boosts green innovations, creates jobs, and helps Germany position itself as an exporter of green technologies. Half of the world’s solar production equipment is made in Germany.

Germany is an export-based economy and is an innovator in green technologies, with a target of exporting 80 percent of its solar PV products by 2020.

While Germany lost its last major solar panel producer in 2017, the country still supplies more than half of all production equipment for the global PV sector. This means that the world is making solar panels on production lines made in Germany. Asia, and China in particular, import large quantities of solar technology. The German Wind Energy Association (BWE) puts the wind industry’s current export ratio at 65 to 70 percent, which may grow as demand for offshore wind technology increases.

Not surprisingly, a lot is being invested in development in this sector, where Germany makes up the second largest share of the pie at 20 percent, behind the US at 24 percent. In particular, midsize firms are benefiting from the growing demand for energy efficiency products and applications, with more than half of the sales revenue from environmental protection goods (of which energy efficiency is a subcategory) being posted by firms with fewer than 250 employees. 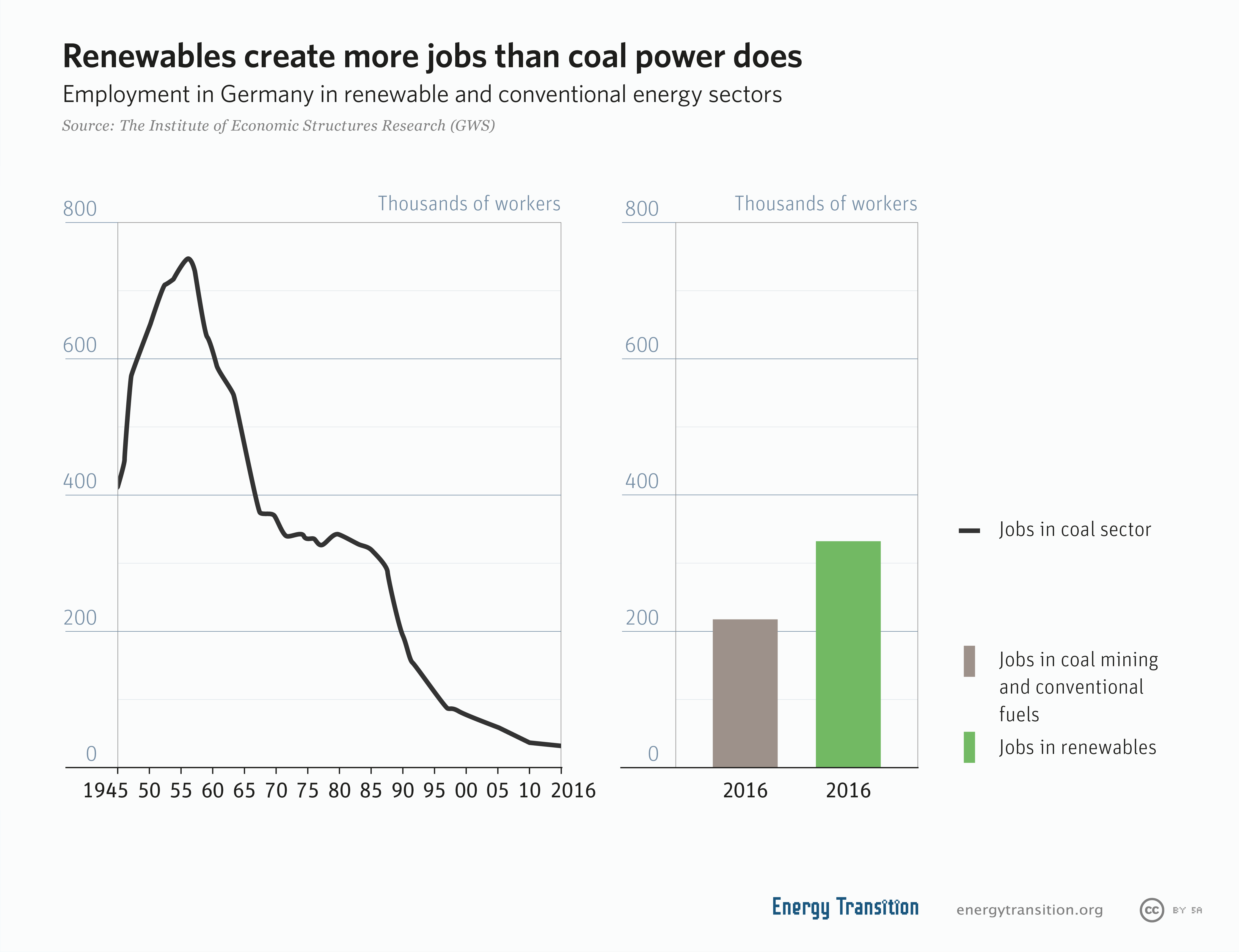