Germany rejects nuclear power because of the risks, the costs and the unsolved waste issue. In addition, nuclear power does not have the potential to play a major role in future world energy supply.

In the debate about the Energiewende, the environmental community often focuses on carbon emissions. Supporters of nuclear power no longer speak only of “power too cheap to meter” but now also call for “low-carbon technologies” (though some carbon is emitted during plant construction and uranium mining), a term that encompasses not only renewables, but also nuclear power. 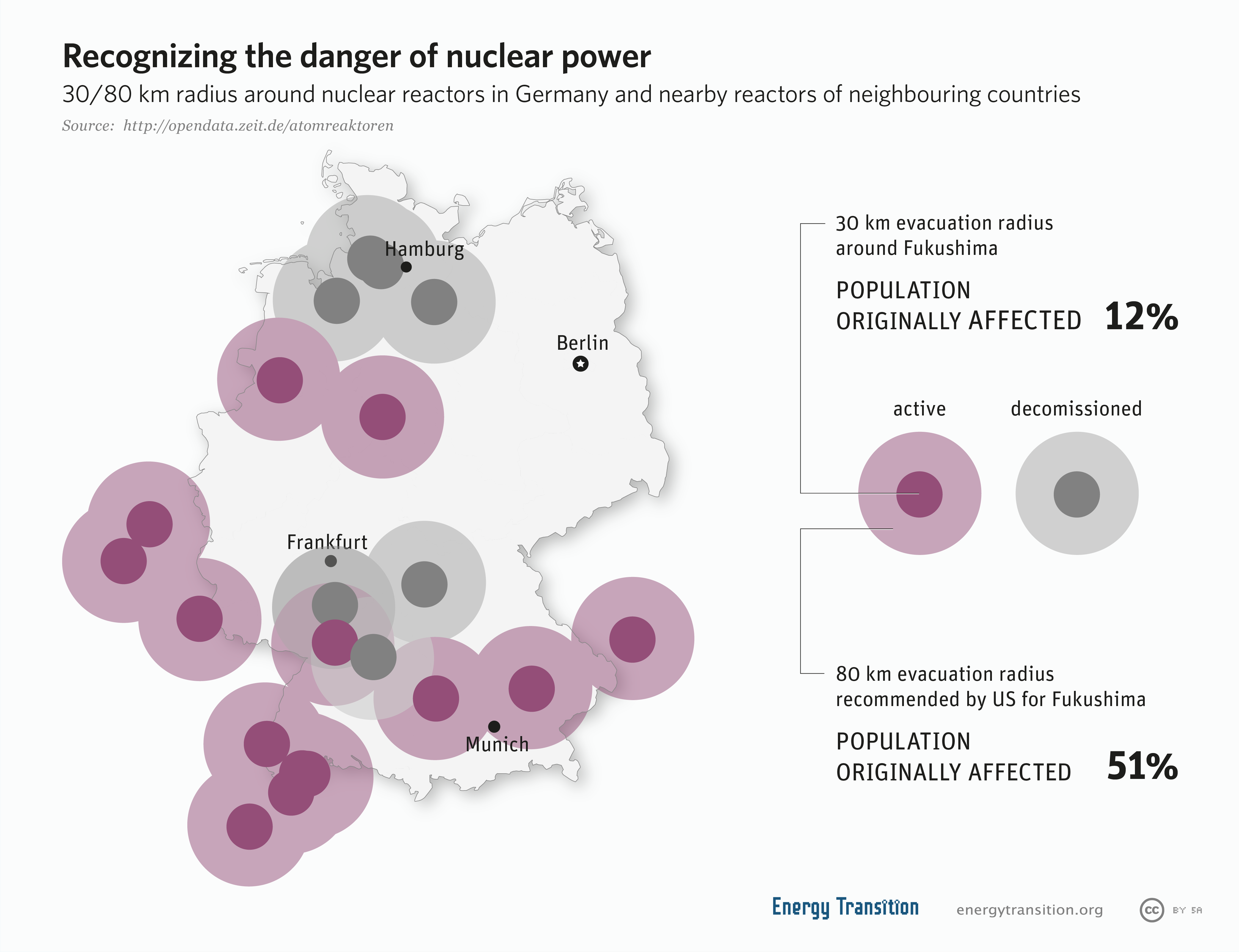 The German public sees a significant difference between nuclear and renewables, however. Indeed, the Energiewende movement started in the 1970s as a popular protest against nuclear power and has been building political momentum ever since.

There are six main concerns regarding nuclear power

The third risk of radiation from nuclear waste is even greater because it will be passed on to future generations, who will not be able to consume the nuclear power we produce today but will be forced to deal with our waste. Even when all of our nuclear fission plants have been shut down globally, mankind will have to protect its repositories of spent nuclear fuel rods for up to 100,000 years.

The true future of nuclear power

In the end, however, it does not matter whether you believe 100 percent renewables is possible or not. Nuclear power is simply too small a player on global markets; it has never even accounted for more than six percent of global final energy supply, and more plants are scheduled to be taken off-line over the next decade than are expected to go online.

The International Energy Agency, which has supported nuclear power since its founding in 1973, believes that the world can roughly triple the number of nuclear plants from the current level (approximately 440) to around 1,400 by 2050 – equivalent to 35 new nuclear plants per year – but the WWF has estimated that this highly unlikely scenario would only lower global carbon emissions by ten percent. That outcome is too little, too slow, and too expensive to contribute meaningfully to tackling climate change. In addition, severe resource issues would arise in the process.

At current rates of consumption, uranium for light-water reactors will only be available at affordable prices for roughly the next 30 years. Nuclear is therefore not a solution, even if you believe the risks are manageable and your main goal is to reduce carbon emissions.

If we can gradually shift to a renewable energy supply, then it seems irresponsible to have nuclear plants today – and unethical to continue passing on these risks to future generations.