A feed-in tariff is a policy that supports the growth of renewable energy. It determines the prices per kilowatt hour of a system over its lifetime, plus a return on investment.

What is a feed-in tariff?

To calculate a feed-in tariff, you take the cost of a particular system, divide that by the number of kilowatt-hours the system will generate over its lifetime (generally 20 years), and you get the cost of that system per kilowatt-hour. Now, tack on whatever return on investment (ROI) you want to provide, and you have your feed-in tariff. In Germany, the target ROI is around five to seven percent. 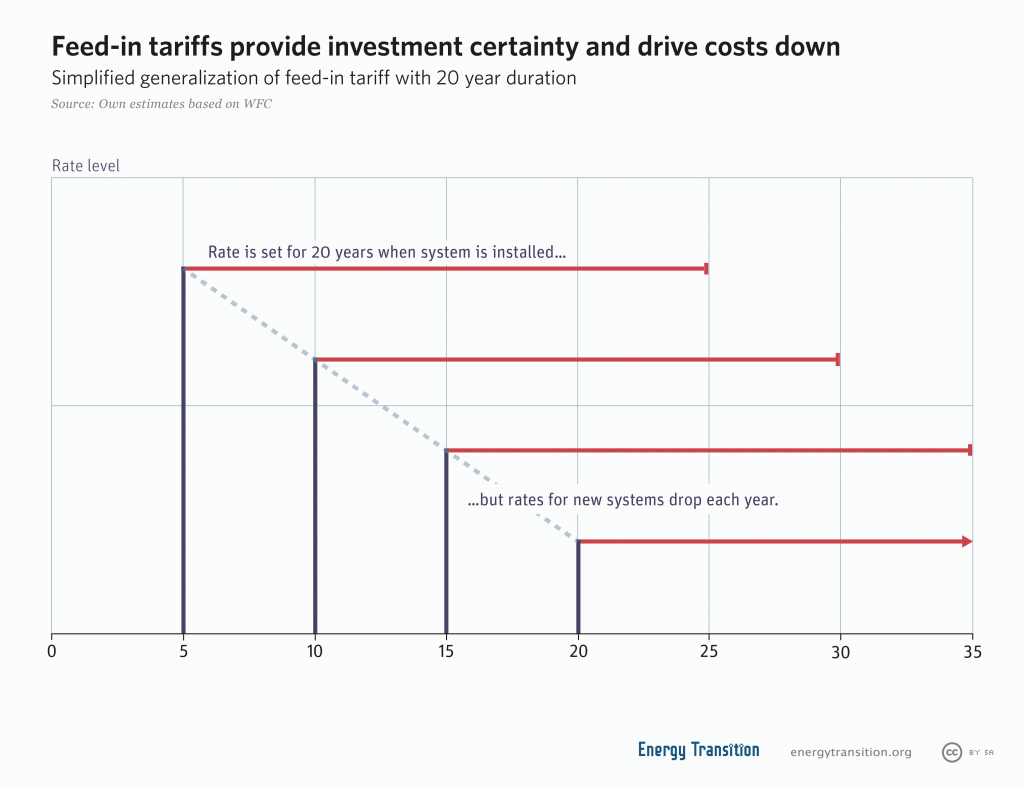 This approach allows distinctions to be made not only between technologies (such as solar, wind, and biomass), but also between system sizes. After all, a giant ground-mounted photovoltaic array will produce electricity that is cheaper than power from a large number of distributed solar rooftops on homes.

Feed-in tariffs are one of the two key policy implements of the German Renewable Energy Act (EEG). They were first introduced in 1990s, and were revised in 2000. Every three to four years, the feed-in tariffs were reviewed. Finally in 2016, the German government determined to auction off permits to build rather than using feed-in tariffs for renewable projects that are larger than 750kW.