Germany’s total energy imports include gas, oil, uranium, and hard coal. Total energy is not the same as electricity – it includes fuel for transportation and heating. In 2016, Germany spent around 76 billion euros on energy imports, equivalent to around seven percent of its expenses for imports. 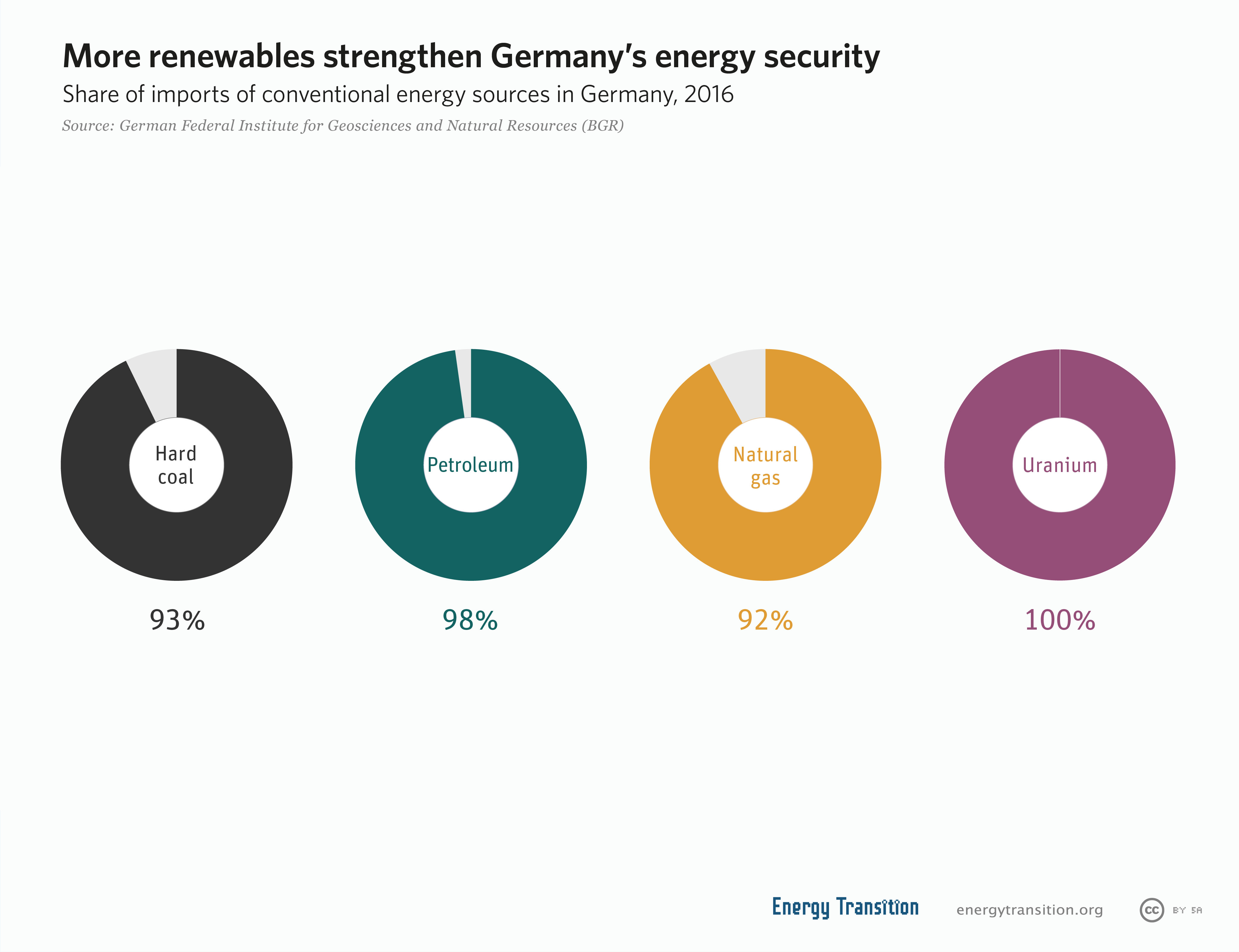 Energy efficiency can also significantly help reduce energy imports. A study conducted by the IFEU Institute of Heidelberg, in cooperation with the Institute of Economic Structures Research, found that a scenario with more efficient energy consumption would reduce energy imports by four billion euros in 2030 compared to a scenario without these efficiency gains – and that figure would continue to rise. 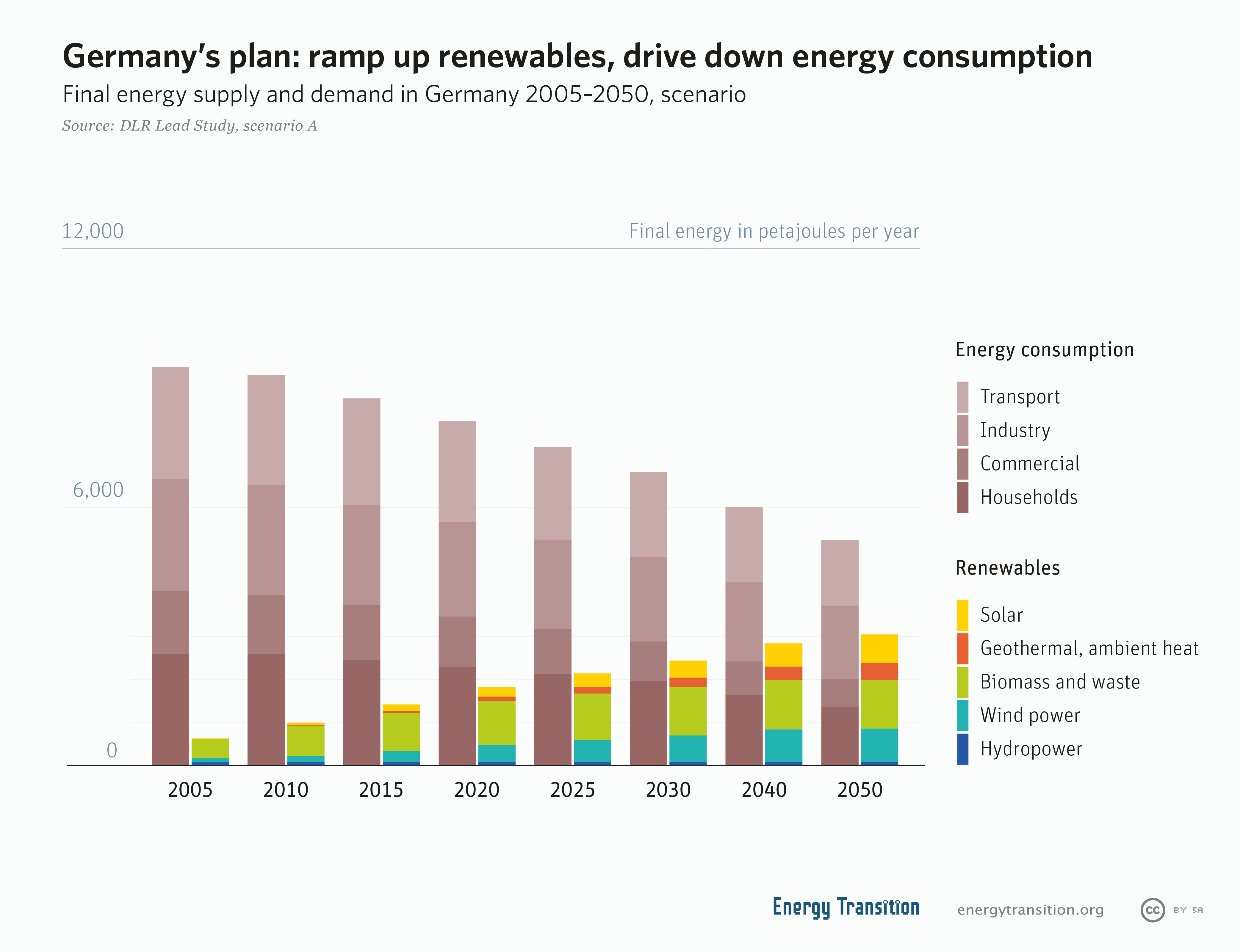 In this respect, the energy transition also increases energy security. The conflict with Russia and Ukraine has also highlighted the importance of energy security. In 2014, a study conducted by the Fraunhofer IWES found that the growth of renewables could offset the equivalent of Germany’s current gas consumption from Russia by 2030.

In 2013, Germany spent 90 billion euros on energy imports. As stated above, that figure had fallen to 76 billion just three years later. However, this drop is not primarily due to lower demand for foreign energy, but rather lower fossil fuel prices. For instance, a barrel of oil cost around 100 US$ in 2013, whereas the price hovered closer to 40 US$ in 2015.

Towards the beginning of the Energiewende, critics often claimed that the lights in Germany would go out if the country switched to renewable energy. However, Germany remained one of the countries in the world with the most stable electricity grids. 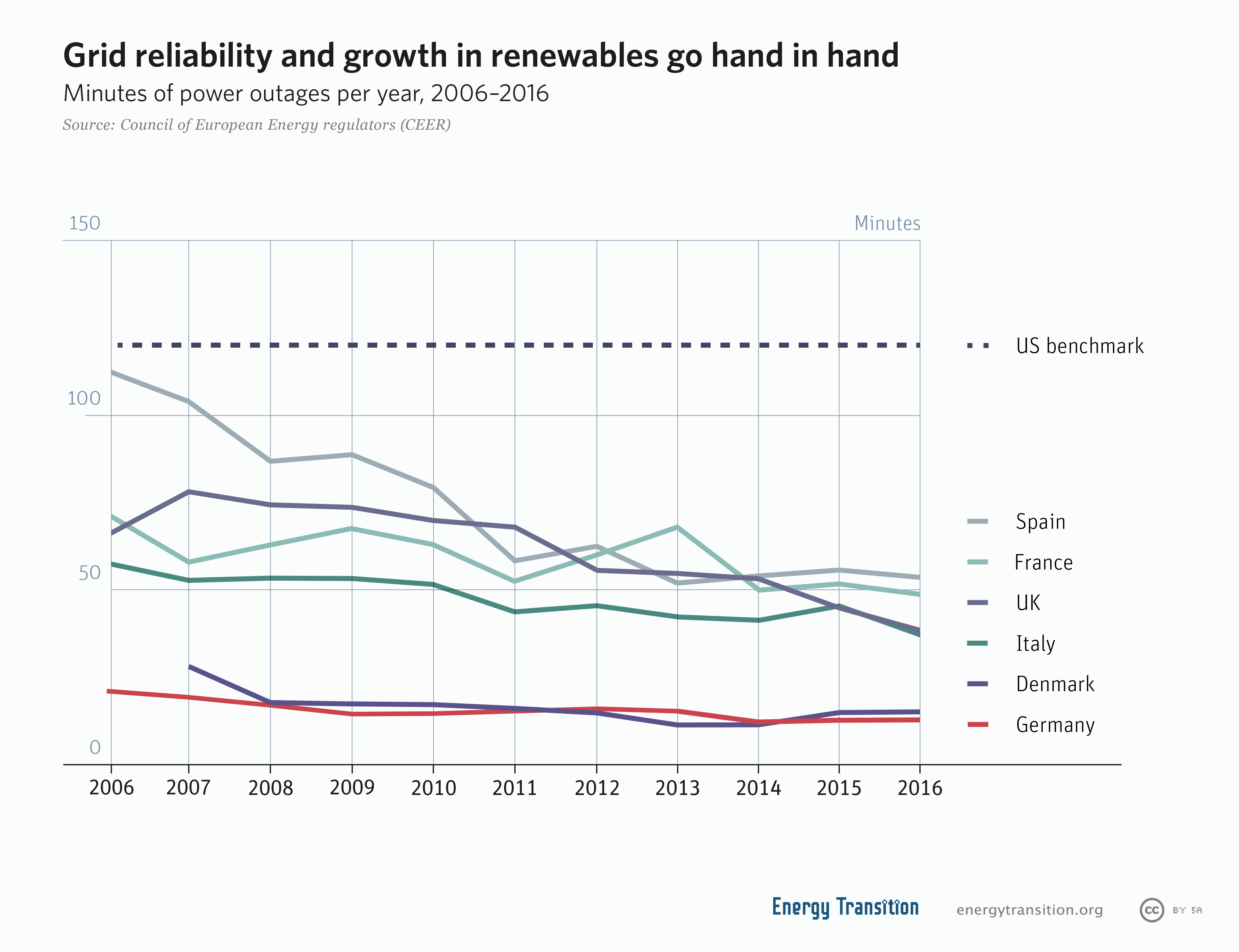 The next panic about the Energiewende and exports was that Germany was giving away electricity for free and buying expensive electricity from France. Again, this was untrue – Germany ended up profiting from the electricity it sold to other countries by 2014. The exports are still rising: in 2017, Germany exported a record high of 55 TWH worth of energy. 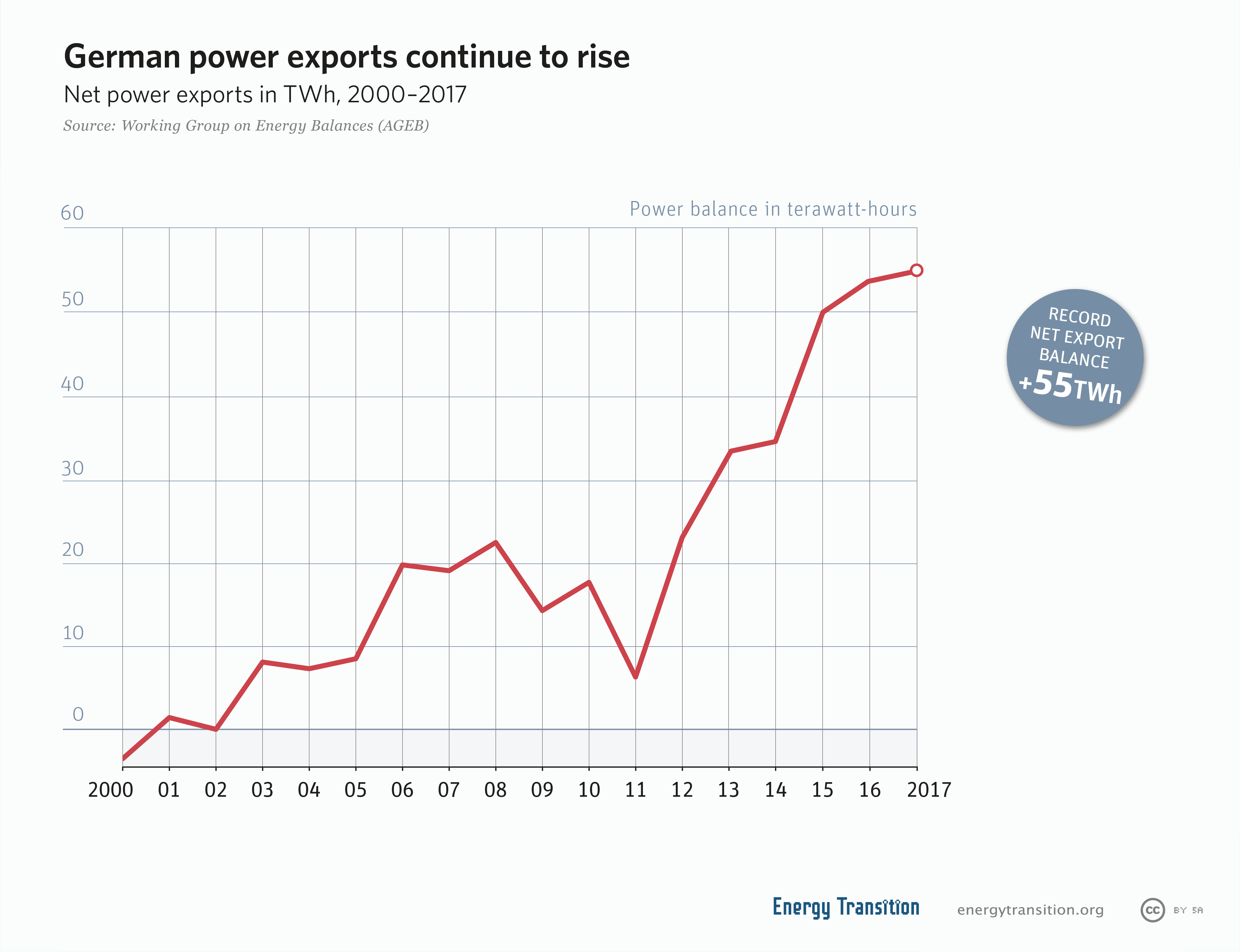