Local ownership of renewables provides great economic payback to investing communities. In the long run, energy efficiency and renewables together make energy cheaper for everyone.

When communities invest in energy projects themselves, the economic payback is much greater than when large, out-of-town firms invest. For example: if you import heating oil to heat your home, that money leaves the country. If you install solar hot water collectors to cover part of your demand for heat, you get the energy for free and a much greater share of your energy expenses will stay within your country – and possibly even within your community. Some of your investment will come back to benefit you indirectly as tax investments in infrastructure (schools, roads, research, etc).

In Germany, hundreds of energy cooperatives have come about; here, citizens come together to collectively invest in renewables and, increasingly, in energy efficiency. 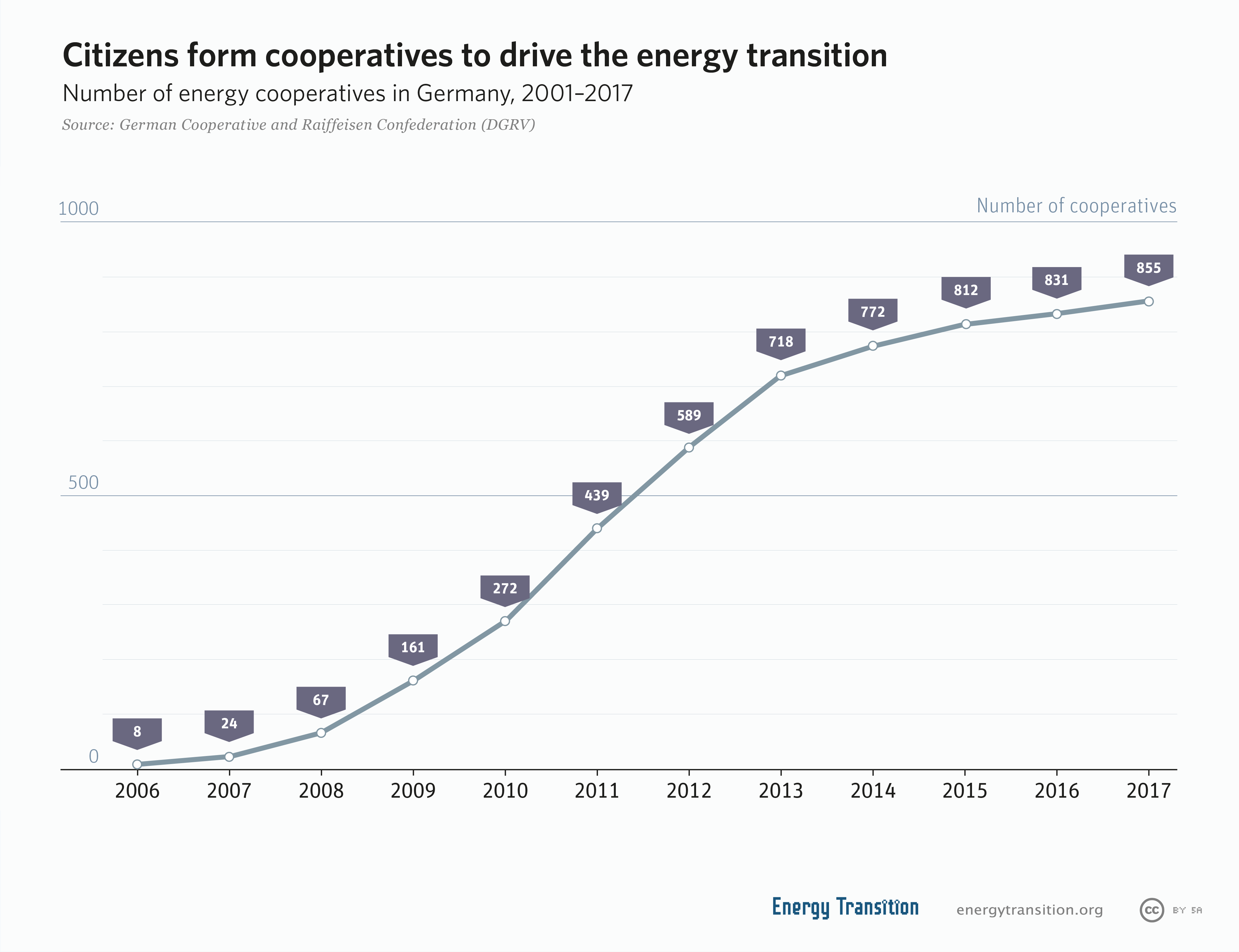 In addition to numerous power plant projects, local power grids are also being purchased from large grid operators so that communities can have more control of their own grids. German regions and municipalities are discovering the economic opportunities in renewables and energy efficiency, especially for communities that produce more energy than they consume over the year.

A lot of government funding for renewables is funneled through Germany’s development bank the KfW, a key player in the Energiewende. Its building renovation program has been estimated to produce three to five euros in tax revenue for each euro of tax money invested. And these building renovations not only help decrease imports of heating oil and natural gas, but also protect and create a lot of jobs in the construction sector.

Local added value also has a welcome side effect: it increases acceptance of change. When the wind farm is funded partly by the community, there is far less opposition than when an anonymous out-of-town investor is behind the project. For example, 94 percent of Germans who lived next to a solar array thought such systems were good or very good. 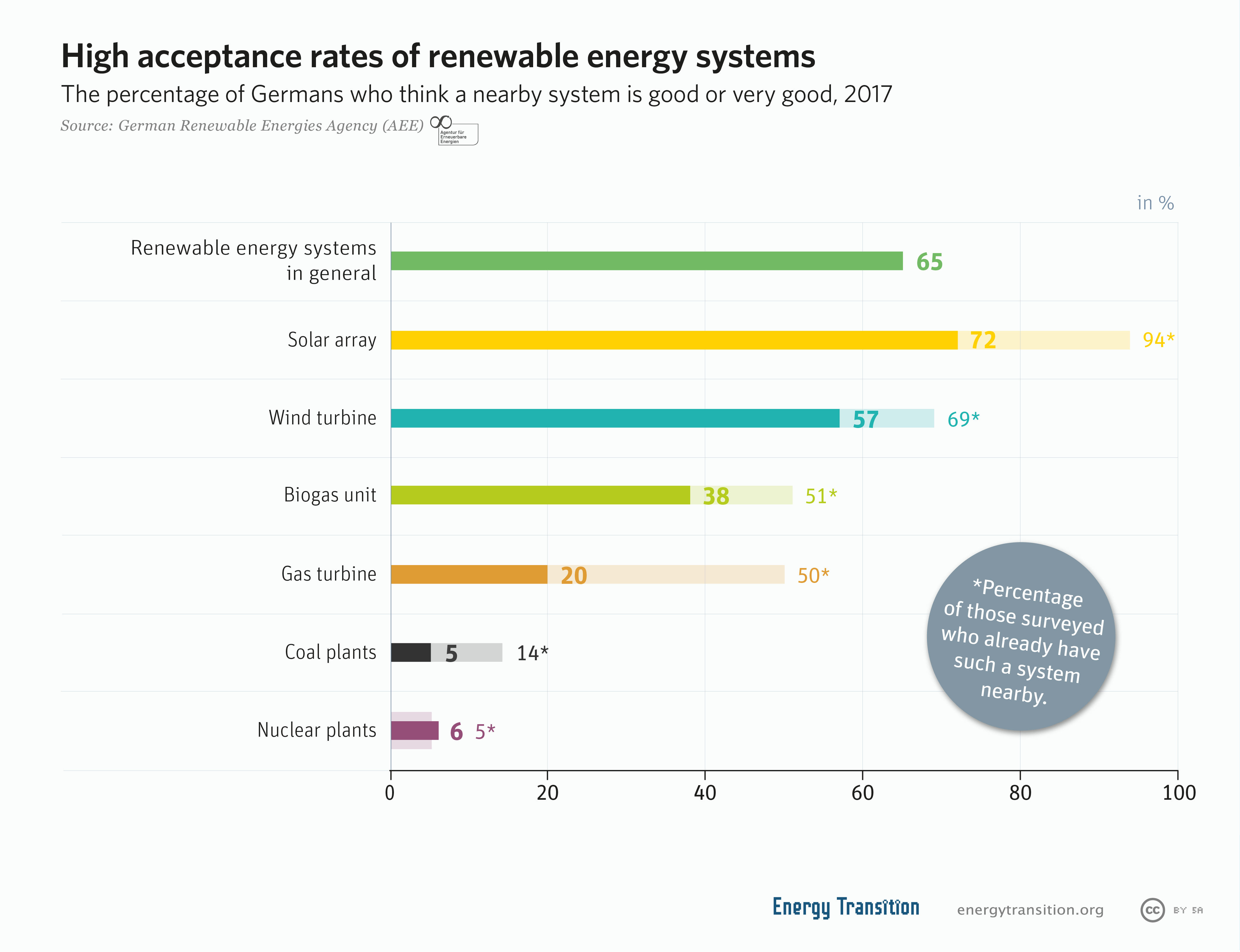 But while community ownership has been widespread in Germany, it faces tremendous obstacles. Since 2014, the German government has focused more on offshore wind, which is largely owned by incumbent utilities, not communities. The policy switch from feed-in tariffs to auctions has discouraged community projects further because large companies can afford to bid multiple times and thereby better withstand losing bids. Energy cooperatives on the other hand often start off with a single project; if that bid is lost, they might not bother to participate in further bids. 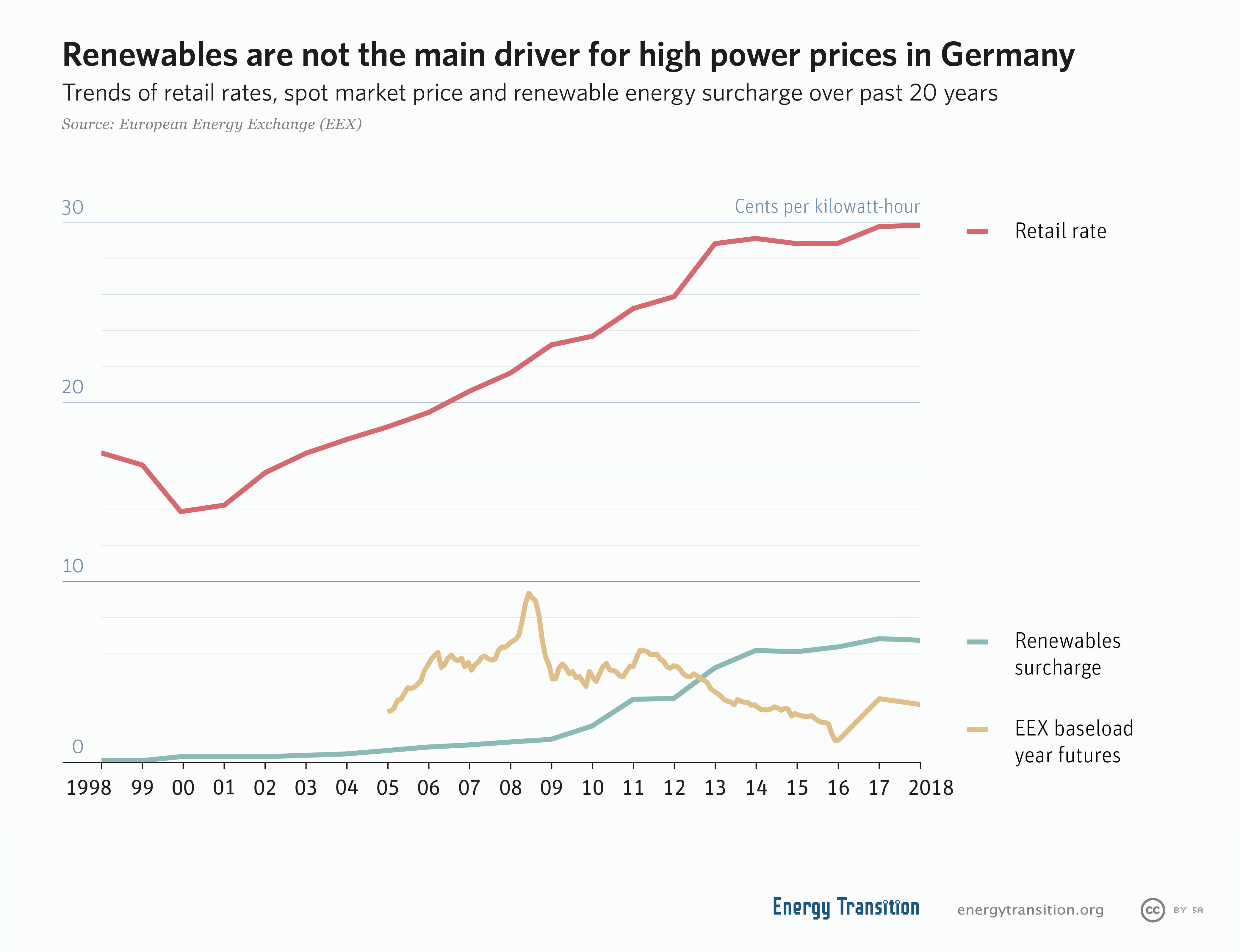 However, the retail power rate in Germany is inflated because small consumers cross-subsidize energy-intensive industry that is exempt from surcharges, taxes and other associated fees. Furthermore, Germany faces legacy costs of old solar, which is expensive. From 2002 to 2012, Germany installed roughly half of its current solar capacity at prices several times today’s level. Feed-in tariffs for electricity from those arrays are payable for 20 years, so this expensive solar power will be on consumer bills until the beginning of the 2030’s.

Going forward, however, renewables are clearly the least expensive energy option. Rising energy prices impact low-income households the most; after all, on average they spend a higher portion of their income on energy needs and are the least likely to be able to afford investments in energy efficiency such as energy renovations, efficient appliances, and fuel-efficient vehicles.

The most efficient way to combat energy poverty is to implement energy efficiency measures on a large scale – including renovating low-income households to reduce energy demand.

The German government is currently sponsoring “energy audits” in a nationwide project as part of the Energiewende. The goal is to help people, including those on welfare, to conserve power, heating energy, and water. In addition, fixtures that reduce power and water consumption (such as compact fluorescent light bulbs, power strips with on-off switches, and water-saving showerheads) are provided. These energy audits are one example of how the Energiewende can produce innovative cooperation concepts.