Baseload is the minimum amount of power that a country needs around the clock.

For instance, German power consumption rarely drops far below 40 gigawatts even in the middle of the night, so the baseload would be considered roughly the first 40 gigawatts. Power plants that serve this load generally run around the clock when in operation.

The medium load is then the load that is generally reached every day. On a normal workday, power consumption in Germany easily reaches 60 gigawatts reliably, so the medium load might be considered the area between 40-60 gigawatts. Power plants that serve this load run regularly but also ramp up and down on a daily basis.

The peak load is everything above the medium load. In Germany, power demand rarely rises above 80 gigawatts, so the peak load can be considered from 60-80 gigawatts. Peak power plants run rarely, must be able to ramp up quickly, and may often be idle for days and weeks at a time.

In this image of Gemany’s power consumption, the ‘baseload’ in 2012 is mostly coal; in the second graph, you can see it’s mostly gone. 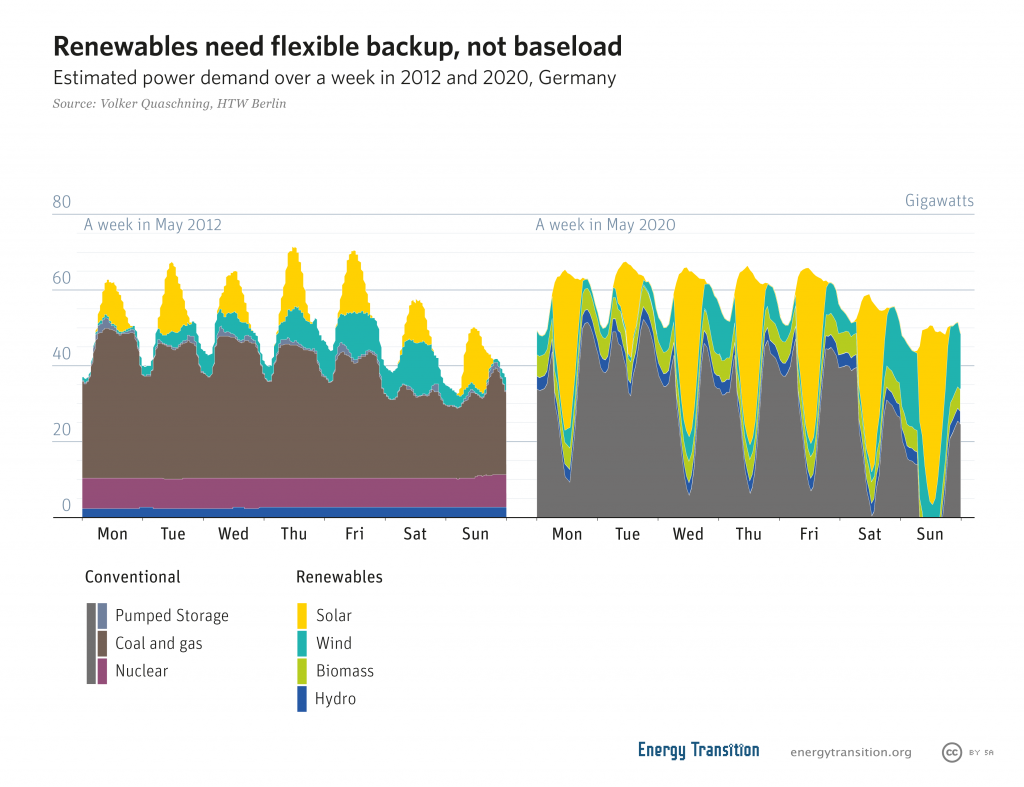 This is why it’s time to move the power system away from providing a steady stream of (fossil fuel) energy, and get smarter about when and how power is used. This can be done with better demand-side management.