The German green party (in German: Bündnis 90/Die Grünen) is dedicated to climate protection. The guidelines of the party are environmental policies based on ecological, economic and social sustainability.

The German Green Party and the Energiewende

Die Bündnis 90/ Die Grünen actively advocates the energy transition in the electricity, heat and transport sectors and criticizes Germany’s low investments in this area. They call for an equal distribution of the costs and benefits of the energy sector from which everyone should benefit. In addition, party members have taken a strong stance against fracking and called for a ban on fracking for oil and gas.

In addition, the Greens demand the complete coal phase-out, the reduction of CO2 emissions and an ecological modernization of the economy. However, so far their demands for a coal exit have been denied by CDU politicians.

Despite not being in the parliamentary coalition, the Green party is very involved in grassroots politics and have delivered federal impacts from the bottom up. The German Greens are “pragmatic, working within the system to form coalitions with all parties (outside right-wing populists), a strategy that many international Greens reject,” says Arne Jungjohann.

Some have suggested that the recent rise in the popularity of the Green Party is due to a high concern in Germany with climate change, and the party’s climate policies. Overall, Germans are very concerned with climate change and the extremely hot summer of 2018 has only added to this interest. 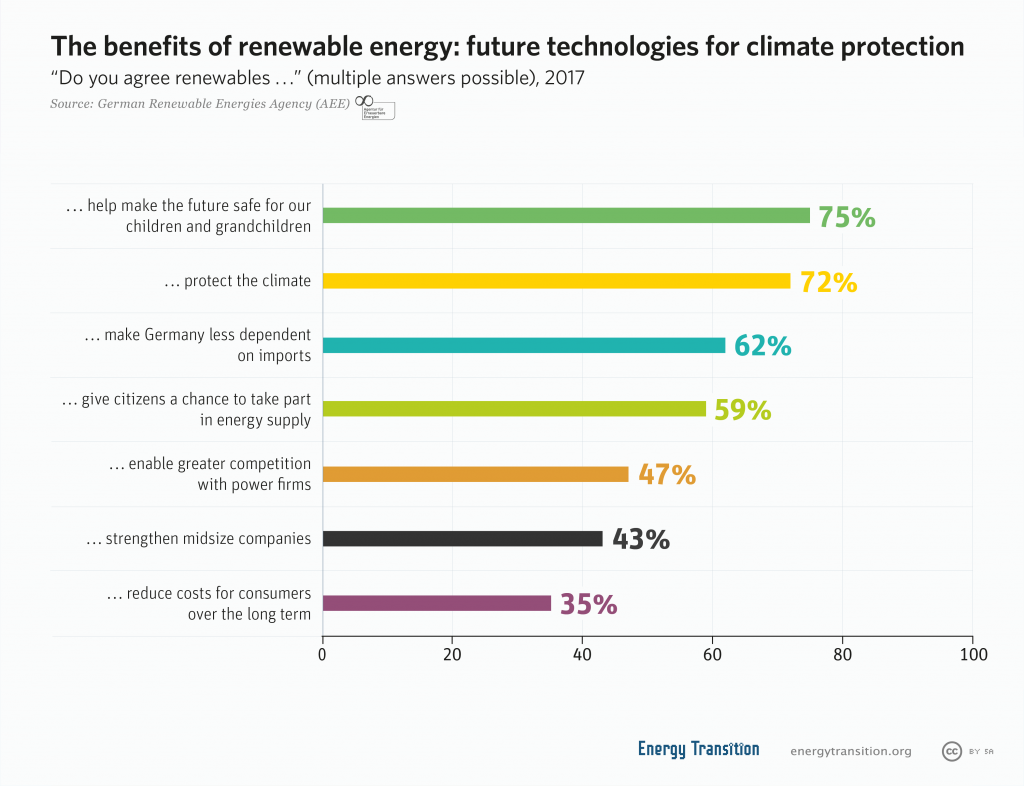