The Kyoto Protocol is an international agreement in which countries negotiated binding greenhouse gas emissions targets.

The treaty was negotiated in Japan in 1997, and went into force in 2005; its first round of commitments expired in 2012, and a second round has been extended into 2020.

The protocol places a heavier burden on some countries: “annex” countries were supposed to reduce emissions, while non-annex countries (developing countries) could increase theirs. The goal was that countries would set ambitious targets in order to inspire others. In reality, the opposite took place, and the country targets looked more like a race to the bottom.

Germany is one of the few countries that not only met its Kyoto targets, but surpassed them with flying colors. The Germans had what sounds like a relatively ambitious target of a 21 percent reduction below the level of 1990 by the end of 2012, but 10 percent of that was related to the special situation of the former East Germany, whose decrepit industrial sector was shut down or revamped in the 1990s. Nonetheless, Germany overshot the target by a wide margin, reducing its emissions by 24.7 percent by the end of 2012. At the end of 2017 the reduction had reached 27.7 percent. 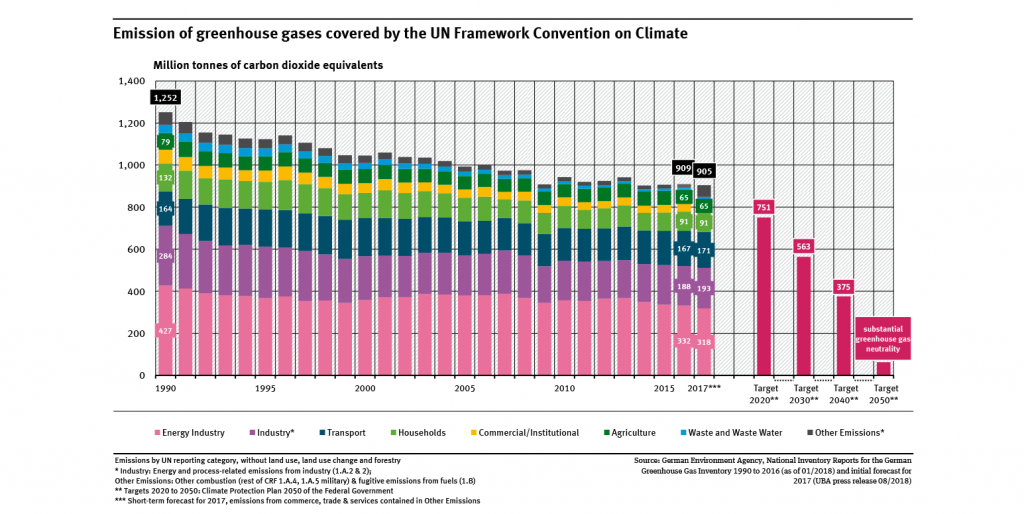