Greenhouse gases are gases which trap heat in the earth’s atmosphere and contribute to climate change.

One main reason why the planet Mars is so much cooler than the Earth is that Mars has no atmosphere. Essentially, the Earth’s atmosphere acts as a blanket; sunlight that reaches the Earth bounces around in the atmosphere a bit before leaving. In the process, heat builds up instead of quickly dissipating. A number of gases intensify this insulation effect more than others, but to keep things simple, experts express everything in terms of equivalent carbon emissions, with carbon dioxide being the largest factor by volume.

Essentially, civilization is taking carbon that has been trapped underground (in coal, gas and oil) and pumping it into our atmosphere, thereby making the atmospheric blanket more effective. These gases are also collectively referred to as “greenhouse gases,” a term that has too positive connotations for some – after all, dramatically rising temperatures are expected to have drastically negative consequences, not the pleasant ones suggested by the term “greenhouse.” The term “heat-trapping gases” is therefore also used, as is the “overheating of the climate” instead of the more positive-sounding “global warming.” Major greenhouse gases include CO2, Methane, and NOx.

Most countries around the world have promised to reduce their greenhouse gas emissions and set themselves goals to do so. In Europe, many countries are lagging behind and Germany is among them. 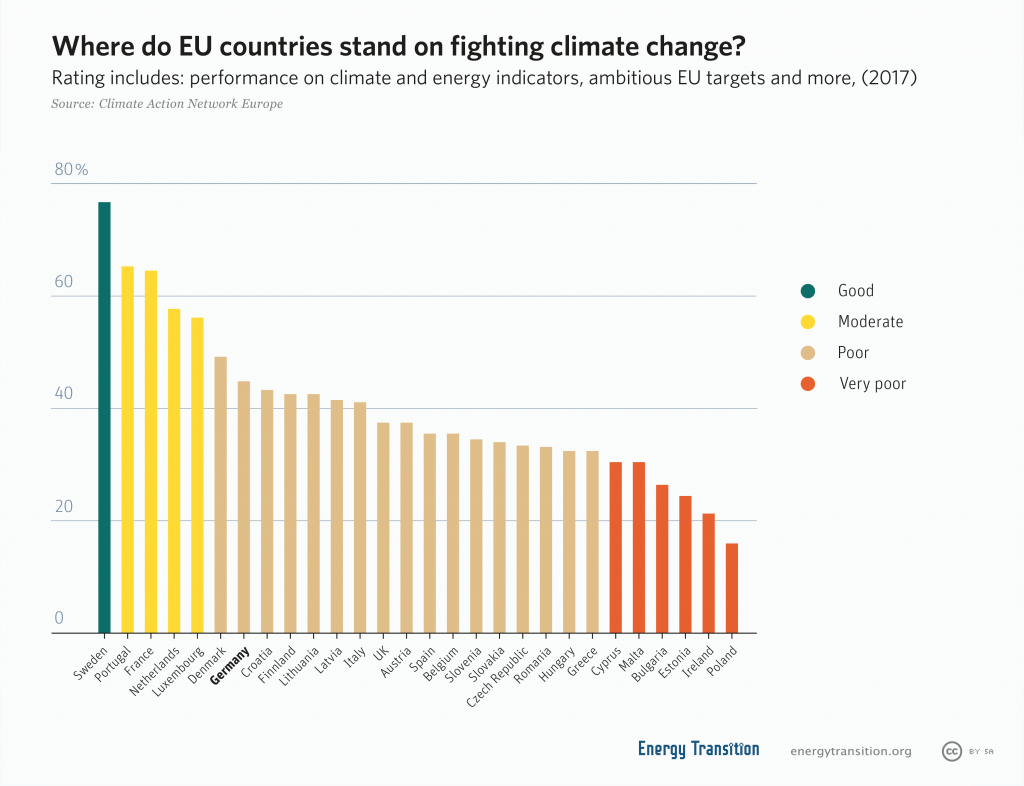 This is why we need to change our energy and transportation systems as quickly as possible. For more information on how the Energiewende will reduce greenhouse gas emissions, keep reading.