Energy intensity refers to how much energy is needed to produce an output. For countries, this is calculated according to the GDP. In Germany, energy-intensive industries are those who consume 10GW a year – they are exempt from the renewable energy surcharge.

Over the past two decades, economic growth has generally outstripped the growth in energy consumption and greenhouse gas emissions in most industrialized nations. The International Energy Agency estimated that energy intensity – the amount of energy needed to produce a unit of GDP– has been falling at a rate of around 2 percent a year since 2010. 2016’s “energy productivity bonus” (the difference between actual GDP and the GDP that would have been generated  if energy intensity was at year’s level) was $USD 2.2 trillion. 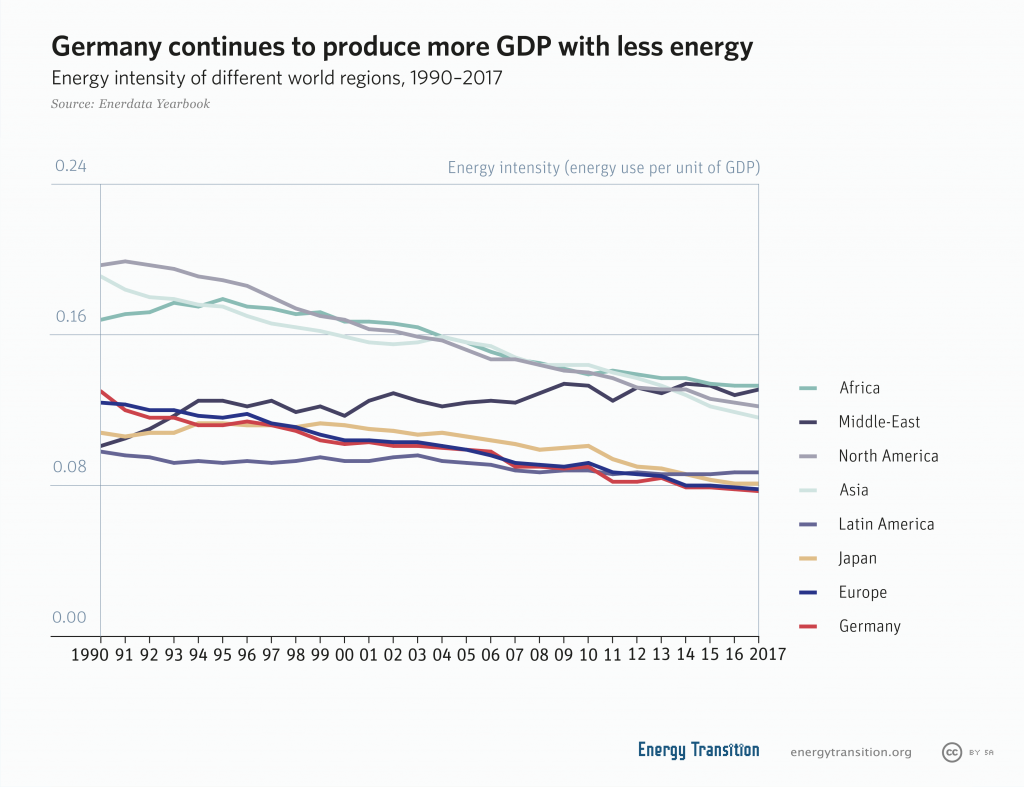 In Germany, energy productivity increased 63 percent from 1990 to 2016, as primary energy use was reduced by around 10 percent.

In Germany, firms that consume a lot of energy and face international competition are largely exempt from the surcharge to cover the cost of renewable power. To be eligible, companies have to consume at least 10 GWh per year to fall into the category of “privileged industry.”