For instance, a wind turbine with a rated capacity of 1.5 megawatts could theoretically produce a maximum of 36 megawatt-hours a day (1.5 MW x 24 hours) under ideal conditions, equivalent to a capacity factor of 100 percent – the turbine then generates its maximum output all the time.

As a thinking exercise, Germany has about 4300GW of “installed capacity” – the amount you could possibly use – of car engine power that could be used at any time. But because cars spend most of their time sitting around, their capacity factor is only around four percent. 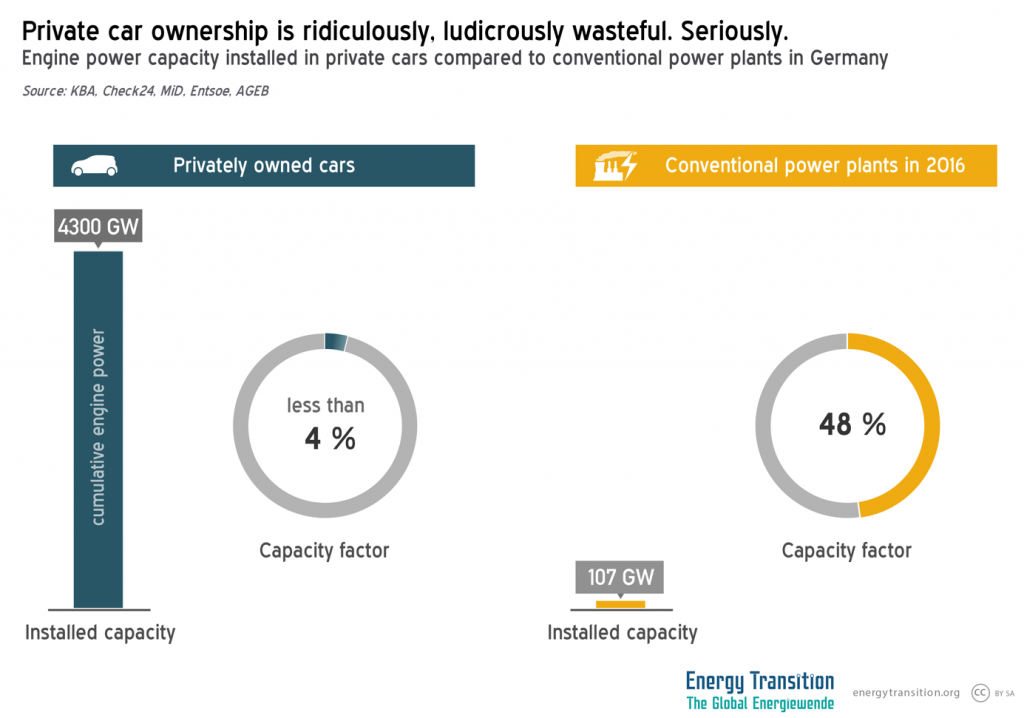 This is a pretty good argument for more car-sharing! But back to electricity.

The capacity factor of solar likewise largely depends upon the amount of sunlight and is generally estimated to be between 10 percent and 20 percent. See also “full-load hours.”